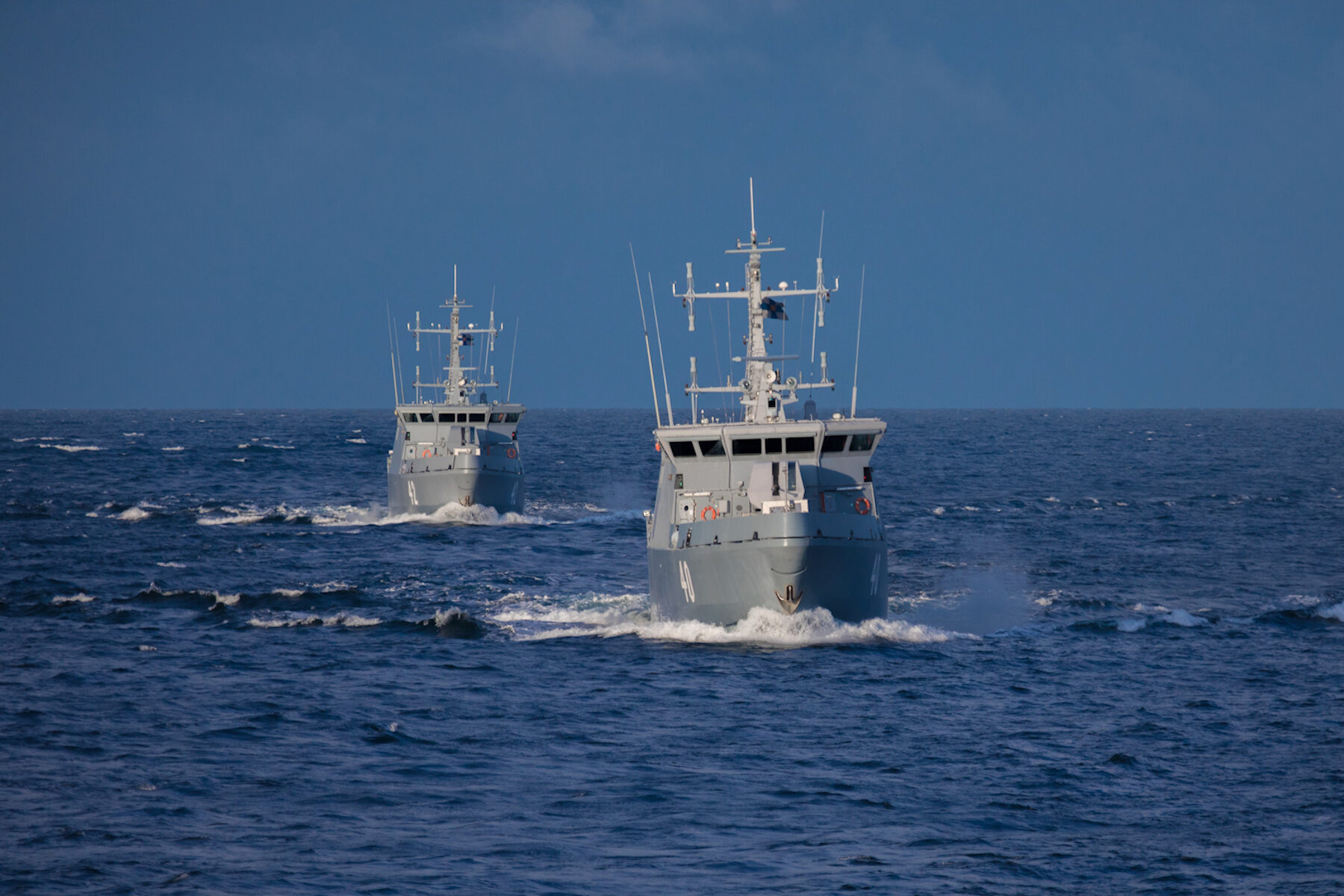 In its biggest exercise of the year the Finnish navy kicks off Freezing Winds ’22 on 22 November, with an for this training unusual high number of NATO participants. It is the first time since Finland applied for NATO member ship earlier this year that the Finnish navy hosts this many foreign guests.

In total 23 Finnish combat boats and vessels, service and support vessels and transport vessels take part of the exercise, as well as ground forces and the Finnish Air Force with its US-made F-18 Hornets combat jets and British-made Hawk training and light attack aircraft.

The about 5,000 personnel taking part in this year’s main naval exercise in Finland got some extra taste since Helsinki applied to become NATO member, together with Sweden, as a direct reaction to the Russian full-scale invasion of Ukraine since February this year. Although it is not the first time NATO countries practice war scenarios with the Fins, with Russia now officially a potential enemy it catches more attention.

Two of NATO’s operational naval units have sailed to the Finnish coast in the past weeks: Standing NATO Maritime Group 1, a rapid-reaction force of three frigates (the Netherlands’ Tromp, Norway’s Maud and Danish Esbern Snare), and Standing NATO Mine Countermeasures Group 1 with a total of four mine-counter vessels from the Netherlands and Germany, plus an additional German minehunter joined forces.

By far the biggest ship to take part in Freezing Winds ’22 comes from the US Navy, a destroyer from the Arleigh Burke class, while France sent the frigate Chevalier Paul and the minehunter Croix Du Sud. Neighbouring Sweden dispatche two stealth corvettes of the Visby class and the more standard corvette HMS Gävle. Apart from the Finnish air force aircraft, the US Navy flies a Boeing P-8 Poseidon maritime patrol and surveillance aircraft over the area. Finnish ground forces and a unit of about 150 US marines are active as well.