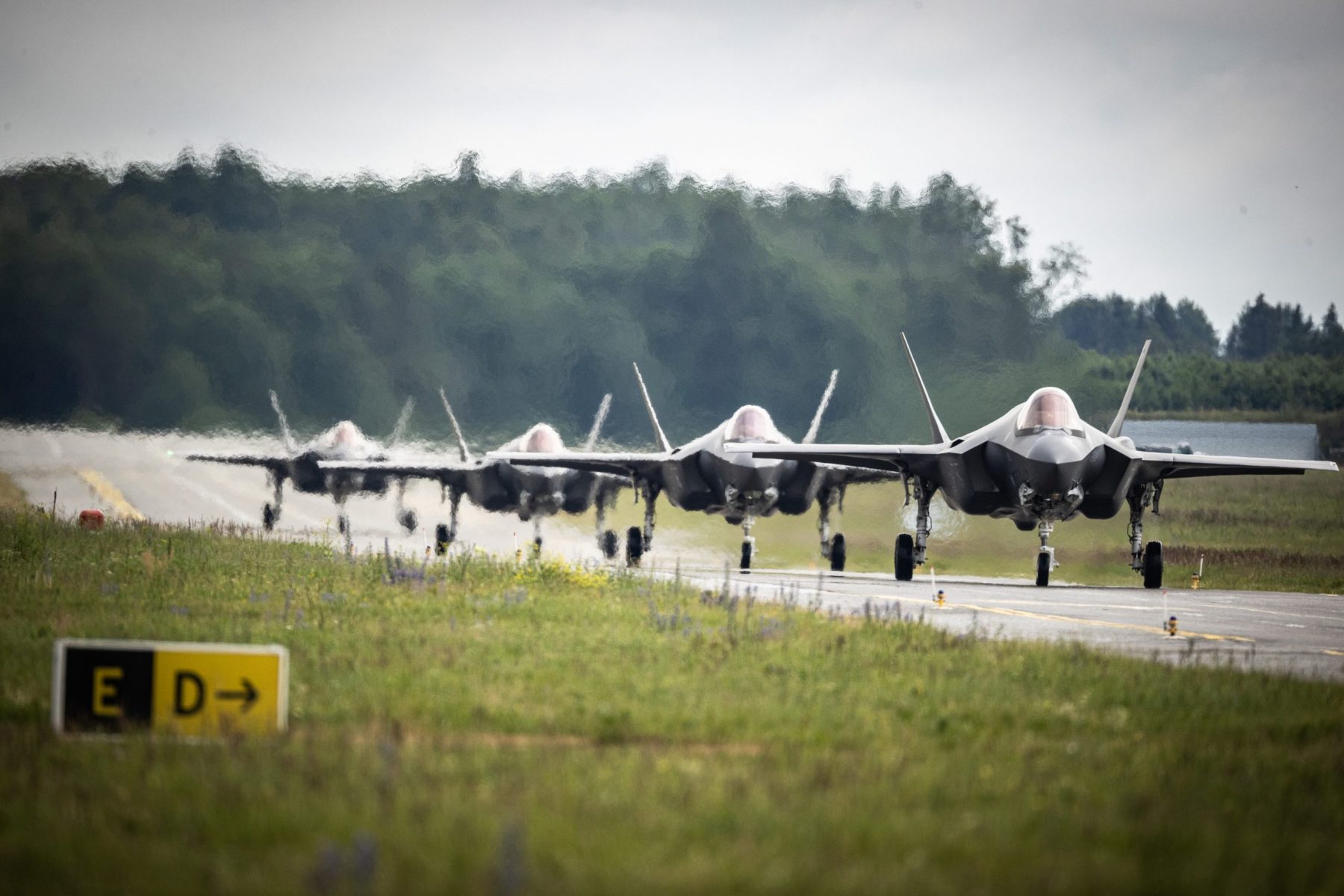 The escalation of Russia’s invasion of Ukraine earlier this year, the relatively lack of progress of the Russian armed forces and the willingness of NATO member states to support Ukraine with weapons and other staff has led to a game changer for the Baltic States. From looking at the prospect of being overrun quickly by advancing Russian troops, NATO now believes it can hold its ground in Estonia, Latvia and Lithuania.

Featured image: US Air Force F-35 combat jets reinforce NATO troops on Ämari Air Base
in Estonia on 8 July 2022 (Photo by the Estonian Ministry of Defence)

For the governments in Tallin, Riga and Vilnius the crappy state of the feared Russian army comes certainly as a relief. Especially in the beginning of the escalation of the conflict in February and the following months, Ukrainian troops were fending off the Russian war machine with shoulder-launched missiles, low-cost drones and a much better strategy than the Russian seemed to be able to muster.

True, Vladimir Putin’s army holds currently about 20% of Ukraine, but the lack of tactics – such as very limited ground-air operations – and the slow advance or even kick-back of the Russian troops did not impress the war planners of NATO. Many were probably shocked by the mounting losses on the Russian side of tens of thousands of Russian soldiers.

In July 2022 it was clear to the NATO member states that what the Ukrainian army did in keeping the Russians relatively at bay, could also be copied to the Baltic States. Before February this year, many experts thought Russia would only need a few hours to capture the capitals of Estonia, Latvia and Lithuania, but the fact that the Ukrainian city of Kharkiv – close to the border with Russia, is still under Ukrainian control has changed that believe.

Since Summer NATO has stepped away from its plan to retake the Baltic states with a Russian invasion after 180 days. If Vladimir Putin would like to march on into Estonia, Latvia and Lithuania, NATO feels it is able to stop most of its advance and that the three countries will not be overrun. Especially once Finland and Sweden are officially part of the military alliance.

For the governments and people of the three Batlic countries, the changed strategy and new military order – with former semi-neutral Sweden and Finland fully NATO members soon – is the best give their archenemy Putin could have given them. | © 2022 Marcel Burger, nordicreporter.com