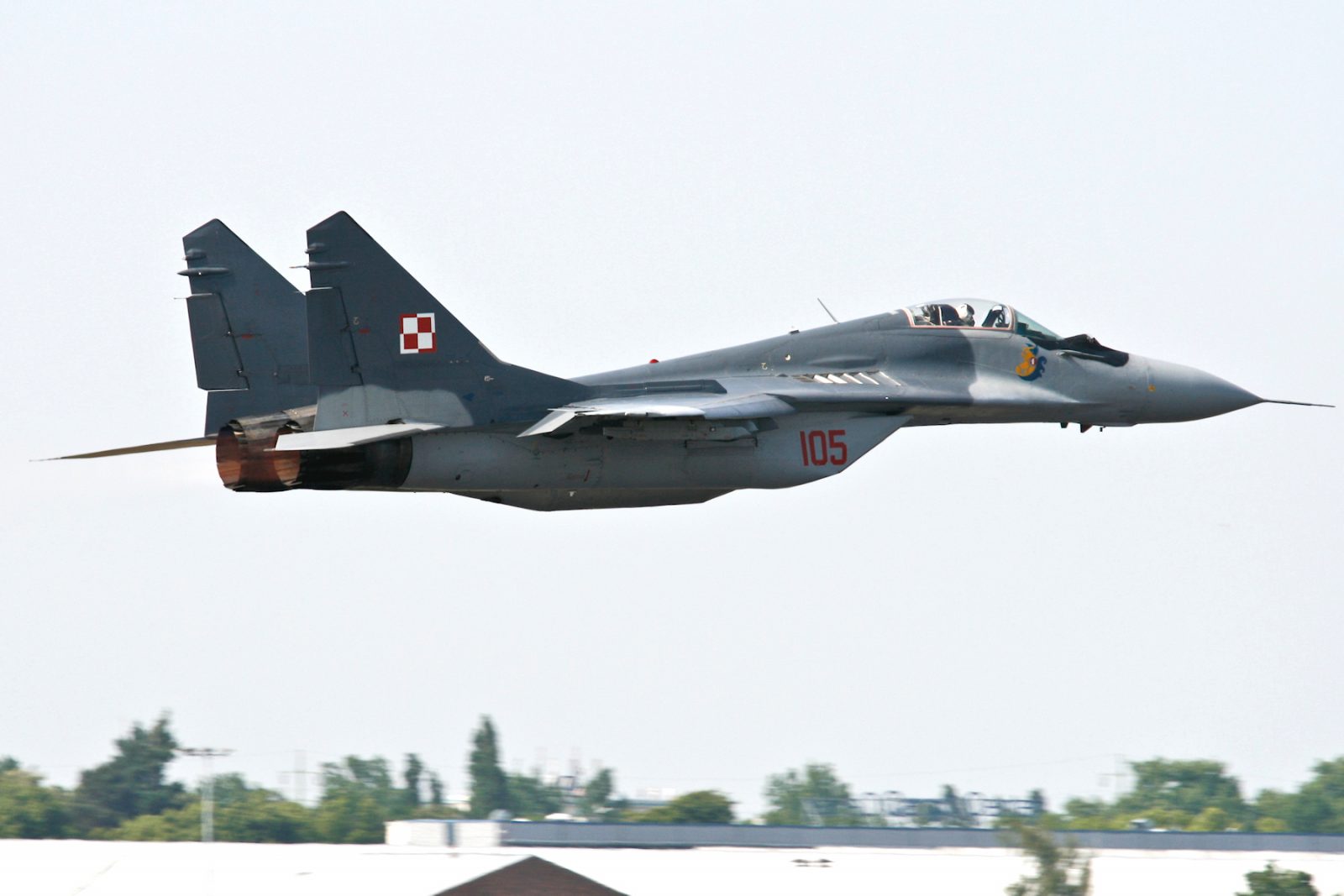 A weird twister story around the war in Ukraine comes from Poland. After the European Union turned into an arms broker in February and advocated deliveries of fighter jets from Bulgaria, Slovakia and Poland to the Ukrainian Armed Forces, Poland saw a chance to get rid of its old, Soviet-era MiG-29s. “Not through our airspace,” the US-led NATO Secretary General Jens Stoltenberg (Norway) said during a visit to Łask Air Base in Poland, putting a stop on the plan. But behind the scenes the political game continued. And Poland seeks such a weird deal out of this, it looks like fake news plugged by a hacker.

“The authorities of the Republic of Poland, after consultations between the President and the Government, are ready to deploy – immediately and free of charge – all their MIG-29 jets to the Ramstein Air Base (in Germany; edit.) and place them at the disposal of the Government of the United States of America. At the same time, Poland requests the United States to provide us with used aircraft with corresponding operational capabilities. Poland is ready to immediately establish the conditions of purchase of the planes. The Polish Government also requests other NATO Allies – owners of MIG-29 jets – to act in the same vein.”

This text published on 8 March on the official Polish government website looks just fake, badly written and like a missile that went astray. After more than a week of debates and denials – by the prime minister and the president of Poland – that the Eastern European country will deliver combat jets to its neighbour Ukraine, Poland does just seem to be willing to do that. Especially the call for other NATO countries to do the same just doesn’t look legit, almost like a hacker placed it there – as to the watchful observer and the Kremlin this looks very much like a direct involvement of NATO – or at least Poland – in the war in Ukraine. Fighter jets are no weapons solely for self-defence, but have at best a duo-role in the offensive.

Washington: “Not a tenable one”

The call for action by the Polish Foreign Ministry looks very much like frustration of some hurt ego at the ministry. And it was quickly countered by Washington. ““We will continue to consult with Poland and our other Nato allies about this issue and the difficult logistical challenges it presents, but we do not believe Poland’s proposal is a tenable one,” John Kirby, the Pentagon press secretary, said shortly after the Polish offer was put on the table.

US Secretary of State: “Very actively”

Is this a sign of a power struggle inside the US government? During his visit to Eastern Europe last weekend US Secretary of State Antony Blinken said the United States was “working actively” on a deal with Poland to supply Ukraine with jets to fight invading Russians. The deal would be for Poland to hand over 23 of its 28 Mikoyan-Gurevich MiG-29s – the other 5 are reportedly in a too bad shape – and in return receive more modern Lockheed-Martin F-16s in return.

But speaking in Moldova on Sunday, Blinken said to journalists: “Can’t speak to a timeline, but I can just say we’re looking at it very, very actively now at the question of airplanes that Poland may provide to Ukraine and looking at how we might be able to backfill should Poland decide to supply those planes.” In fact, Blinken met Polish officials in Rzeszów on Saturday, when both Polish Air Force VIP planes as well as Blinken’s US Air Force Boeing C-32 (B757) were spotted there.

In fact, Moldova would just be the one country that could function as an intermediate – as it is the only non-NATO country directly bordering to Ukraine. On 1 March during a visit to Łask Air Base in Poland – which is one of the NATO Baltic Air Policing bases but also home to the Polish Air Force 10 Tactical Air Squadron flight F-16C/Ds – NATO Secretary General Jens Stoltenberg said it was absolutely a no-go to deliver fighter jets to Ukraine through NATO countries, causing Polish president Andrzej Duda to immediately confirm Poland would not give Ukraine any fighter jets. However, the delivery over land was – maybe tactically – left out.

Poland’s announcement to dump its MiG-29s directly to the Americans, seemed to have caught Washington entirely off guard. It looks like Poland made an amateurish move to quickly replace part of its ageing fighter fleet with newer ones, for free. At the same time Poland seems to have been willing to risk its combat readiness substantially, by sacrificing a large part of its fighter jets operating from Minsk Mazowiecki and Malbork airbases without having trained pilots to fly the new F-16 planes it wants, let alone having the fighter jets to have its air force fulfil its task in case war would get closer or across the border of Ukraine. With Russia continuing its aggressive invasion and devastation of Ukraine, and with Moscow issuing a statement that any country using its airports or airspace to deliver fighter jets would be part of the conflict, the bolt Polish attempt of 8 March looks more like weird Russian roulette than a well-balanced geopolitical decision. | © 2022 Text and photos by Marcel Burger