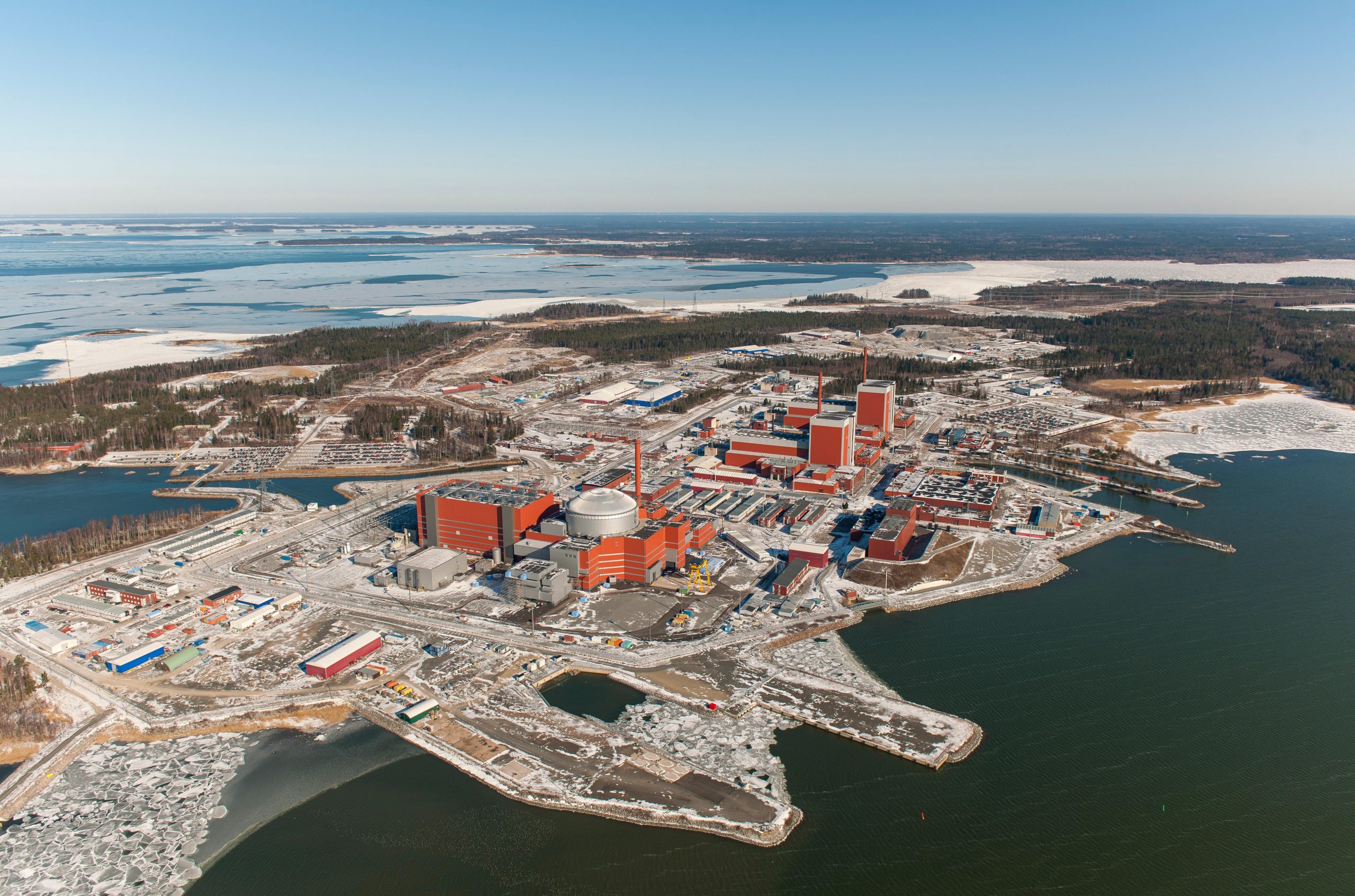 Finland’s first new nuclear reactor in 40 years, and Western Europe’s first new in 15 years, has been delivering electricity seemingly without a problem for 3 days now. It marks the Scandinavian nation’s drive towards non-fossil independency for its energy.

Olkiluoto 3 (OL3), situated 150 kilometres (93 mi.) west of Tampere, already started up on 21 December 2021. The power output was gradually increased and when it reached 27 percent of full capacity it started to deliver electricity to the Finnish power grid. That moment was reached on 12 March 2022 at 12:01.

The current output of 103 MW is somewhat comparable to 10 to 30 wind turbines, but when Olkiluoto 3 reaches its “top cruise speed” in July the output will be 1.6 gigawatts. This equals 14 percent of Finland’s total electricity consumption, for a total construction price tag of EUR 11 billion – operations costs not included.

OL3 is a so-called pressurized water reactor, and was build next to Swedish designed boiling water reactors Olkiluoto 1 and 2. These older nuclear power plants each have a capacity of 890 MW and give Finland 22 percent of its electricity needs.

The construction of Finland’s new power plant was plagued with delays that totalled 13 years and twists about between energy producter TVO and the contruction’s main contractor Areva-Siemens. But Finland has continued its course for nuclear power as its major energy source with clean production, taking the non-sustainable radioactive waste as part of the deal.

There are even plans for a fourth reactor in Olkiluoto, but the political arena was not very favourable for this so far, making TVO not requesting the green light to go ahead with OL4. Public and political opinion might change, however, in light of Europe’s current drive to free itself from Russian energy in the aftermath of the 2022 continuing invasion of Ukraine.

Finland does have a fourth and fifth nuclear reactor already, two Soviet designed ones opened in 1977 in Loviisa (507 MW each), located roughly 70 km (43 mi.) from the capital of Helsinki as well as the Russian border. A fifth reactor (1200 MW) is planned in Hanhikivi, high up in the Golf of Bothnia near Oulu, with construction planned to commence in 2023 and production around 2030 to foresee in about 10% of Finland’s needs. | © 2022 Marcel Burger, nordicreporter.com