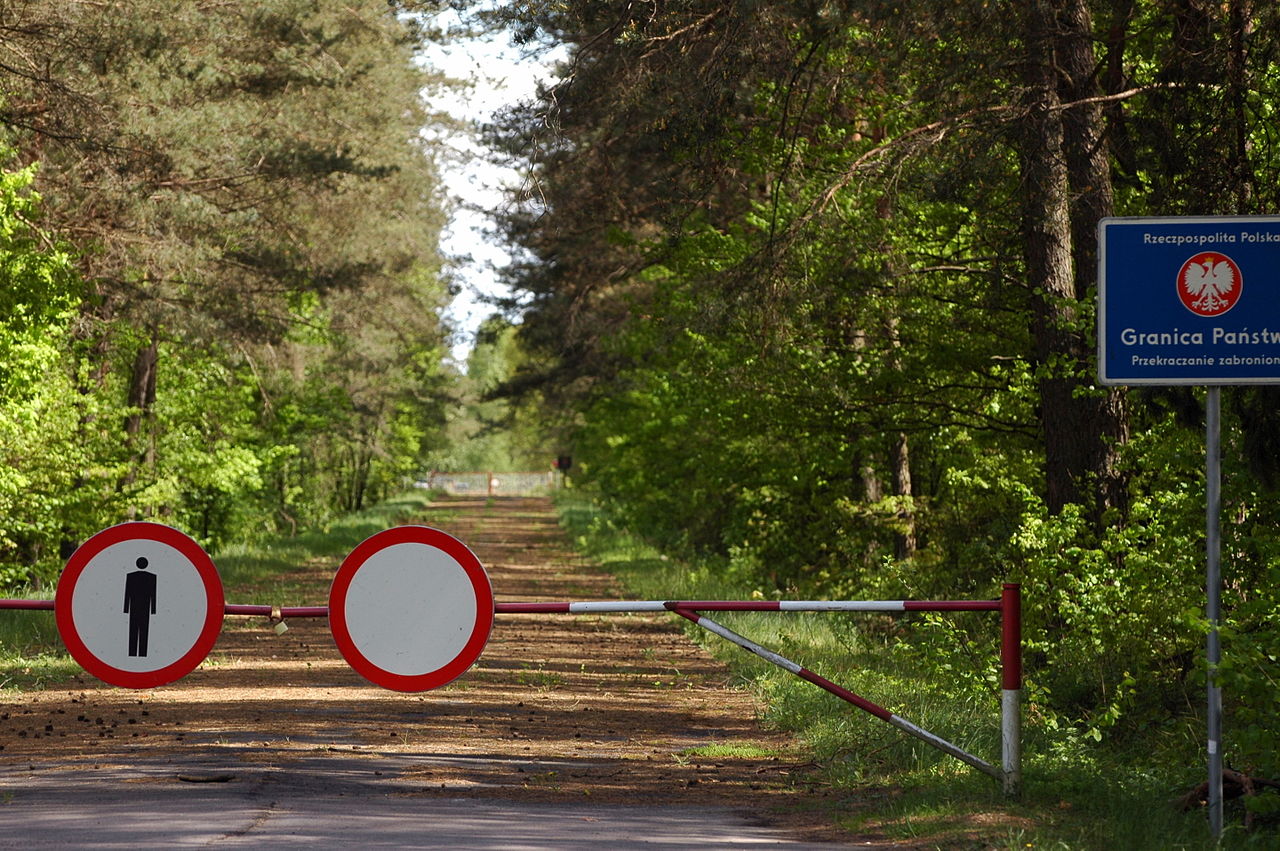 While the world was wondering about the boundaries of Russia’s ambitions with Ukraine this week, one “block” to the west another border is not loosing its grim look either. Poland is a few weeks underway in making its own “Berlin Wall”; not to keep its citizens in, but to keep non-Christians out. Because Ukrainians are welcome, but Syrians and Iraqis are not.

“We are preparing for a million Ukrainians if Russia invades Ukraine”, deputy Polish interior minister Maciej Wąsik was quoted by several media on 31 January. “It is our duty to welcome these European and Christian, civilized people.”

In two one-liners the minister summed up the basic stand of the conservative, PiS ruled government. The country’s leadership has been ordering armed forces to dump men, women and sometimes very young children back into the forests on the other side of the Eastern border since June 2021. Thousands of people – mostly from war torn nations like Syria and Iraq – were trying to reach the Poland and thereby the EU in vain through Belarus, Ukrainians are already welcomed before any possible Russian invasion outside the Crimea and Donbas/Luhansk regions began. In fact, already more than a million Ukrainians work and live in Poland, a “cheap labour” force, to beef up the workforce lost when 2 million Polish moved to other European countries to look for better-paid jobs.

The refugees that were attempting to cross the border with Poland from Belarus, and neighbour Lithuania, were different. Many were pushed or aided by the “security forces” of Belarusian president Alexander Lukashenko in his attempts to destabilize its neighbours. In the process Poland completely ignored human rights of signed international treaties and more. The PiS government declared a state of emergency to fence journalists and aid workers from the border zone. Illegal and unconstitutional, ruled Poland’s Supreme Court on 20 January 2022. “Journalists have a unique legitimacy to be in places where important events take place,” the court ruled and freed three journalists the Polish government had arrested in the Belarusian border zone.

Violations of the constitution and press freedom aside, immigrants were still stuck in the forests of the Belarusian-Polish border as late as last month. International medical aid NGO Médecins Sans Frontières (MSF) saw itself forced to withdraw its teams at the beginning of the year, as they were blocked by armed Polish border guards, military and police from helping those in need. “There are still people surviving in sub-zero temperatures, in desperate need of medical and humanitarian assistance,” a MSF statement reads. “The situation is unacceptable and inhumane. People have the right to seek safety and asylum and should not be illegitimately pushed back to Belarus,” says Frauke Ossig, MSF emergency coordinator for Poland and Lithuania. “This is putting lives at risk.” According to various reports at least 21 refugees died at the Belarusian-Polish border in 2021, directly or indirectly from a lack of food or lack of warmth.

At the end of January 2022 Poland officially started to execute its 30 October 2021 announcement: to build a wall of 186 kilometres long, to prevent asylum seekers of reaching Poland through Belarus. Planned to be 5.5 metres high for a cost of EUR 353 million. An enormous price tag for a country that still has hospitals in much need of everything.

Back to the border, it is not only the status of refugees that has opponents cry out. In the 2nd week of February more than 700 scientist urgently ask the EU to step in, as part of the Polish Wall is being build through the UNESCO World Heritage of Białowieża, a largely untouched primaeval woodland unique in Europe and home of the European bison. While a spokesperson of the Border Guards told reporters their are doing everything they can to protect the ecosystem and wildlife, it is difficult to see how barbed wire, bulldozers and a wall treat them well. In fact, animal watchers contributed the death of at least one bison to the barbed wire on the border.

How future generations will judge the costly Polish border fortifications against war-fleeing immigrants remains to be seen. Will it also be an “edifice of fear that became a place of joy” as former German President Horst Köhler said in 2009 about the Berlin Wall that split Europe in two for 40 years? For now, approaching Poland from the east is only positive for Ukrainians, not for Syrians and many others. | © 2022 Opinion text and photos by Marcel Burger, apart from featured image: archive photo of a Polish border by Radosław Drożdżewski (Creative Commons)