Wary of Russia, Sweden sends troops to its most strategic land 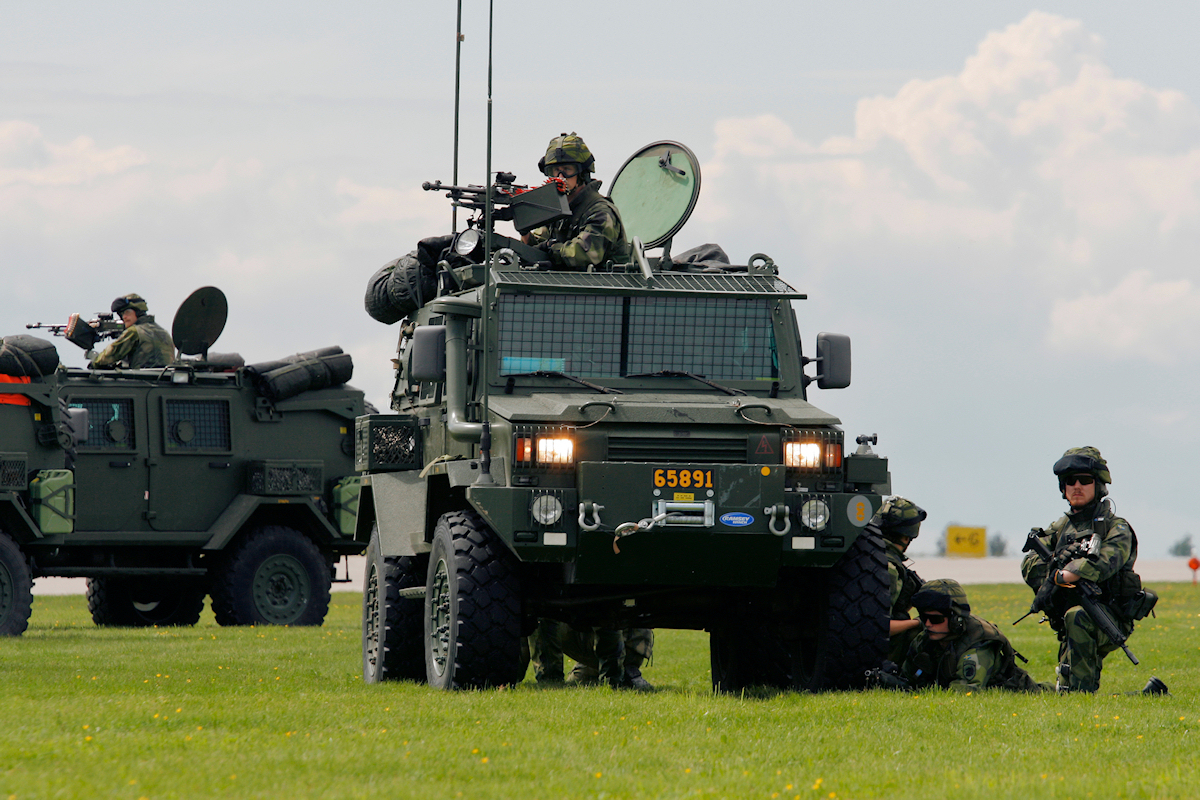 With Russian forces massing on the border with Ukraine and the Russian navy sending more amphibious landing vessels into the Baltic Sea, by mid-January 2022 Sweden reacted. Troops were rushed to Gotland, the Baltic Sea’s most strategic island, to mark that this Swedish island will be defended.

The troop movements by boat and plane to the island of Gotland in the 2nd week of January were not the first time the commander of the Swedish armed forces decides to act fast. In September 2016 a company of 150 soldiers were sent on training to the island, after which the country’s supreme military commander, general Micael Bydén, decided to keep them there, rotating the troops every now and then by fresh forces.

Learning from the Russian hybrid invasion of Ukrainian’s Crimean peninsula in 2014, Sweden then decided to re-establish a permanent military presence on its outpost of 130 by 35 kilometres (80 by 21 miles) in size, three hours by boat from the mainland. In the beginning of the 1990s about 25,000 soldiers – including many conscripts – were based on the island, but by 2005 all was economized away, by the second decade of the century eventually down to 9 regular military staff, sometimes supported by a few others. Their job was mainly to aid in the arrival of reinforcements from the mainland and to start mobilization of the about 500 reservist on the island.

In January 2000 the 181st Armoured Battalion was established. Run by 300 soldiers, most of them full-time, the core exists of a mechanized company with a dozen BAe CV90 infantry fighting vehichles, and a tank company built around 11 improved German-build Leopard 2 (Stridvagn 122) main battle tanks.

General Bydéns 14 January 2022 decision to reinforce Gotland further seems to have been a direct reaction to Russia suddenly beefing up its Baltic fleet of amphibious landing vessels from 1 to 6. Armoured personnel carriers rolled into position in Slite harbour, the only bigger harbour on the eastern side of the island and of strategic importance to any military force’s supply chain. Foot patrols were visible in the harbour of the island’s capital of Visby, the island’s only airport just north of it and on a few other key locations.

Initially about 120 additional troops were shipped from the mainland by the regular Gotland ferry boat, while a European Union owned Boeing C-17 Globemaster heavy airlifter was ordered to pick up rapid reaction forces in Boden, near the Swedish Arctic circle more than 900 kilometres (570 miles) away. There was even a contingency plan in case the plane for whatever reason could not land on the island. Uppsala Airbase, 85 km (52 mls) north of Stockholm, was put on alert with buses and military police waiting to transport the rapid reaction troops to the Gotland ferry in Nynäshamn harbour, south of Stockholm. Even Oskarshamn harbour – the 2nd possibility to transport troops by boat from the mainland – was put under military protection. Civilians were not allowed on the Gotland ferry – the main connection for islanders, mainlanders and tourists – as the reinforcement included essential ammunition and other dangerous goods. More troops were ferried in directly after.

Marking that Gotland will be defended

For who wonders if a few hundred more soldiers would be able to stop a Russian invasion the answer would simply be “no”. But as a military spokesperson said: “We are marking that Gotland will be defended.” Whether great tactics or good PR, a Swedish friend of mine with great observation skills that went to the island by boat and travelled around while the surge was on reported she “did not see any soldier during the whole week”.

However, a Russian invasion of Gotland as such would – from a military point of view – not be stupid. It was – and in a way is – relatively lightly defended. Once occupied Russia’s reportedly outstanding S-400 surface-to-air missiles and Iskander short-distance tactical ballistic missiles would any Swedish counter offensive and NATO’s possibilities to reinforce the Baltic States very challenging or even impossible. As many military experts have said in the past years and now: “Whoever controls Gotland, controls the Baltic Sea.” | Text and photos by Marcel Burger, nordicreporter.com

* All basic information in this analysis comes from public sources