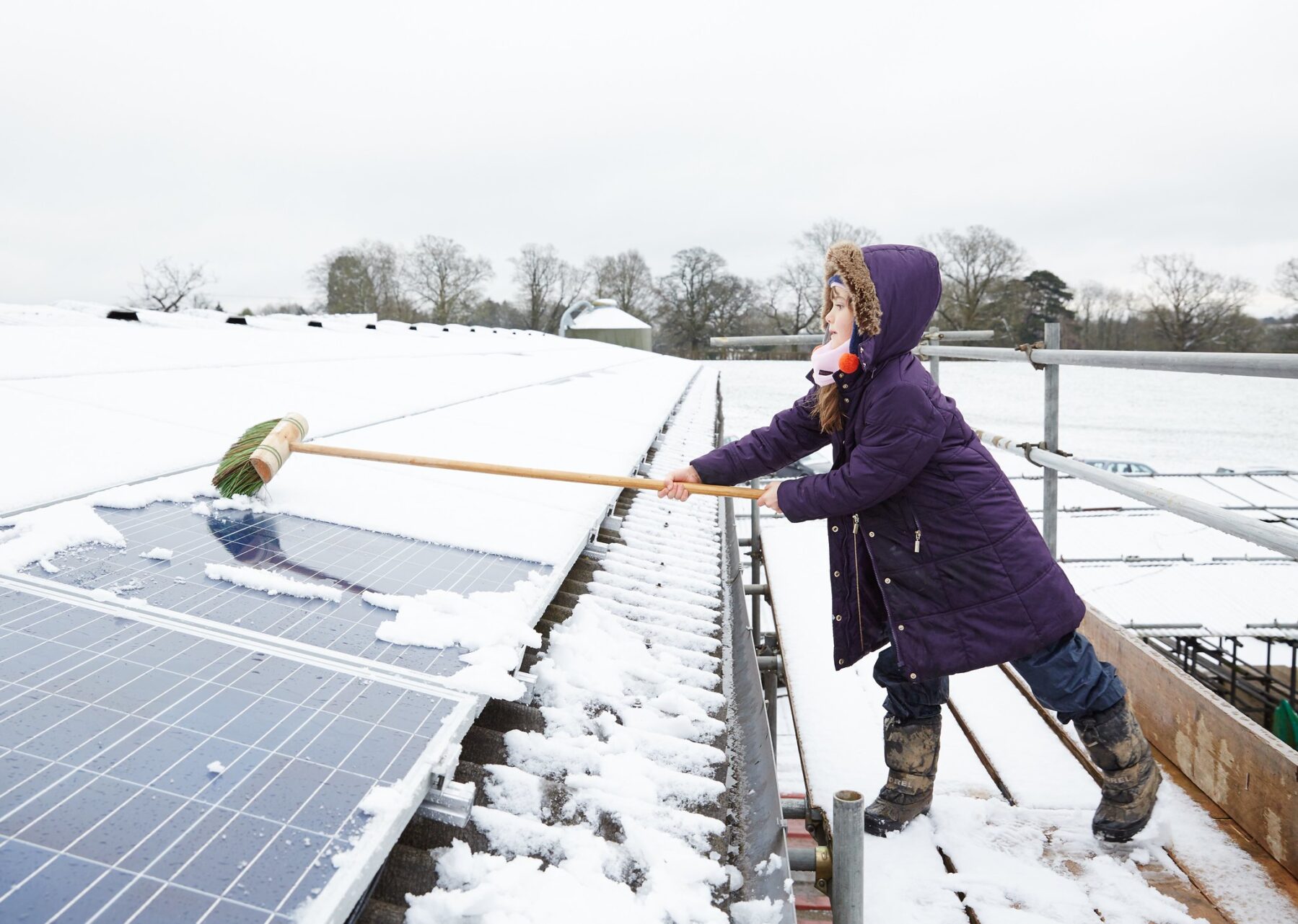 Environment-minded home owners in the further north of the world might have struggled with it already: how to keep the solar panels snow-free. A brush is the quickest solution, but a lot of work – even more for larger solar park owners. Ivar Frimannslund from Norway’s Environment and Bioscience University (NMBU) might just have the answers that look very simple, but like with every invention similar to the wheel, one has to come up with it.

According to Frimannslund, solar panels could use some of the power to melt the snow that lands on them. Just like your car can do ever since Edgar Hanle and Ferdinand Piech invented the rear heated window for German car maker Audi in 1975. Bringing the idea to the solar power world has earned Frimannslund a Doctor of Science degree.

The scientist says to Norwegian broadcasting company NRK that the distance between the solar panels, their angle and how high the are positioned above the surface also make a lot of difference. | © 2023 Marcel Burger, nordicreporter.com