Not in Government, but Extreme Right Still Big Winner in Sweden 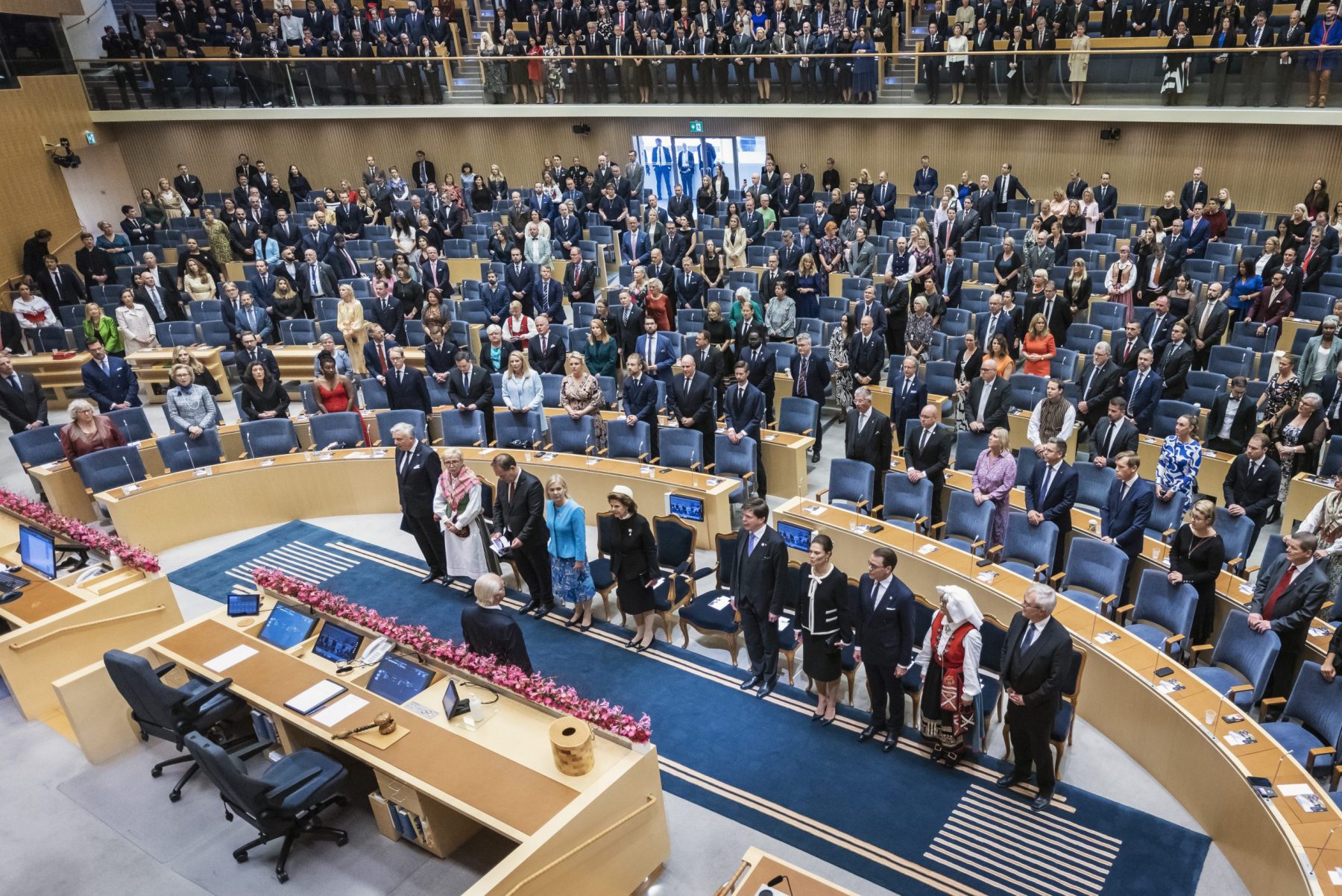 Sweden will have a new government. On Friday 14 October the speaker of the house nominated conservative leader Ulf Kristersson of the Moderaterna as new prime minister. He will form a government with the Liberals and the Christian party (Kristdemokraterna). And with the SD although this anti-immigration party with neo-nazi roots will take no minister posts and will officially not really be part of government. Confused? This is the deal.

It was logic that the SD party and its charismatic front leader Jimmie Åkesson would demand more political influence, after they became the second biggest party in the September elections after the Labour party (Social Democrats). In other countries, the real biggest party in the elections would start forming a government, but not in Sweden.

Here the right-wing parties cooperate, and so do the left-wing parties. If one block wins, the other looses. Right won, and that meant “winning” Labour prime minister Magdalena Andersson resigns. But in the twisted setting of the Swedish political spectrum, it was not the SD-leader Jimmie Åkesson who then got a change to form a government. As many are still sensitive about the SD’s neo-nazi roots, Åkesson would not have enough political support to be openly seen as the man to lead the next government. So, the choice fell for the man who was spearheading the main opposition party during the last couple of years: Ulf Kristersson.

The Rise of the SD

Mind you that years ago cooperation with the SD was not done, for any party. When the SD came into the Swedish parliament (Riksdag) for the first time in 2010 by winning 5.7% of the votes and gaining 20 of the 349 seats, nobody wanted to cooperate. For Ulf Kristersson there was also a personal reason: his from Asia adopted children are not Swedish, the SD says, and under SD leadership would technically have to be deported from the country.

But that was then, this is now. With growing influence of the SD to a fifth of the votes, first the marginal Christian Party (Kristdemokraterna) opened up for cooperation, followed by the big Moderaterna of Kristersson himself.

In the new conservative Swedish government, there are no minister posts for the SD, but the party does get its own “coordination administration” (samordningskasli) within the government headquarters. Prime minister Kristersson and SD leader Åkesson have struck a deal that the two will cooperate on seven matters: growth and households economy, crime, immigration and integration, climate and energy, health care, schools and democracy and culture. The deal has been formalized in a cross-party agreement of 55 pages called the Tidöavtalet, the Agreement of Tidö (Castle) named after where the parties met.

Moreover, the SD party will get a quarter of the chairmanships of the 16 parliamentary committees, all heavy-weight ones: job market, business, justice and foreign affairs. The party might not have its leaders on minister posts, but is sure has a big influence on the course of Swedish external and internal politics for the coming 4 years – or if the next elections take place earlier. | © 2022 Marcel Burger, nordicreporter.com.