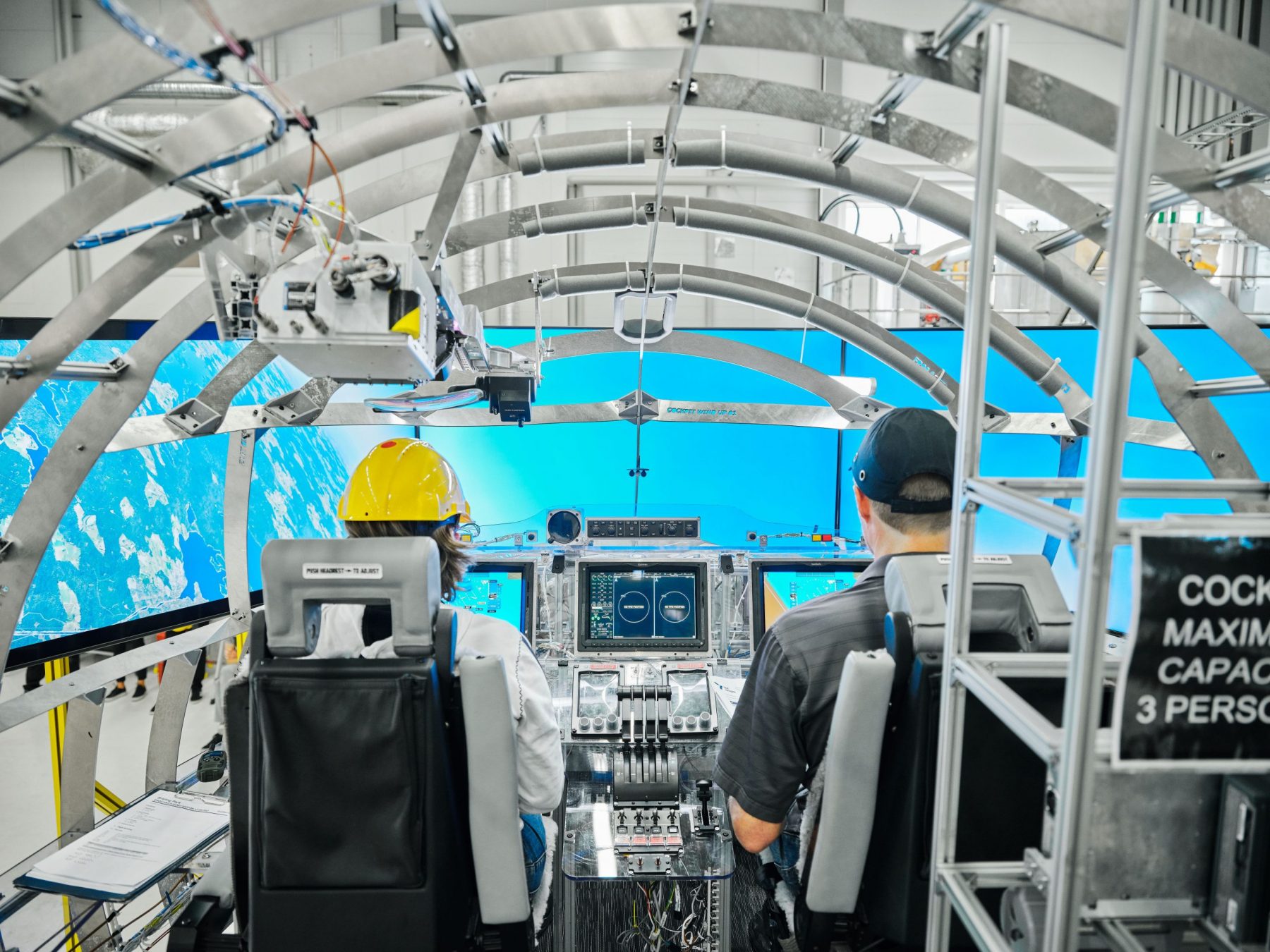 In six years Sweden will have its own electric passenger aircraft, made by up to 500 workers in Gothenburg. Fairytale? Legacy Swedish aircraft maker SAAB and Air Canada have already signed up as minority shareholders, and Air Canada is buying 30 of the new propeller planes.

Heart Aerospace hopes that its ES-30 short- and medium haul airliner will lift off by 2028. Powered by batteries, the 30-seater will have a fully electric range of 200 kilometres, and extended range – which includes sustainable aviation fuel (SAF) of 400 kilometres and can even fly up to 800 kilometres with SAF and 25 passengers.

“Air Canada is very pleased to partner with Heart Aerospace on the development of this revolutionary aircraft. Meeting our net-zero emissions goals will require new technology such as the ES-30,” said Michael Rousseau, President and Chief Executive of Air Canada, during a special event on 15 September at the Heart factory on Säve in Gothenburg. The airport was once a famous military fighter base of the Swedish Air Force, and its underground part now called Aeroseum and publicly accessible is living proof of it.

The ES-30 will have three-abreast flat-floor cabin seating, a galley and a lavatory. Cabin stowage and overhead bins will add to the large external baggage and cargo compartment. The airplane will include a reserve-hybrid configuration, consisting of two turbo generators powered by sustainable aviation fuel. “The reserve-hybrid system is installed to secure reserve energy requirements without cannibalizing battery range, and it can also be used during cruise on longer flights to complement the electrical power provided by the batteries,” a press release reads.

All orders combined Heart is expected to deliver at least 200 electric aircraft, the partner airliners took options on 100 more. Moreover, there are letters of intent from Braathens, Icelandair, SAS, Sounds Air and Swedish lessor for a total of 96 ES-30s.

Previous orders for Heart Aerospace’s ES-19 electric airplane, placed by United Airlines and Mesa Air Group for a total of 200 electric aircraft with an option for an additional 100 planes, are reconfirmed for the updated ES-30 design.

“From the beginning Heart and United have been on the same page – with an acute focus on safety, reliability, and sustainability. Heart’s exciting new design – which includes expanded passenger capacity from 19 to 30 seats, and a state-of-the-art reserve-hybrid engine – is the type of revolutionary thinking that will bring true innovation to aviation,” said Scott Kirby, CEO of United Airlines.

If all goes well, the first plane will enter service by 2028, with Air Canada. | © 2022 Marcel Burger, nordicreporter.com. Computer-rendered press image and press photos by Heart Aerospace