Denmark Builds Sea Outposts Not For War, But For Wind 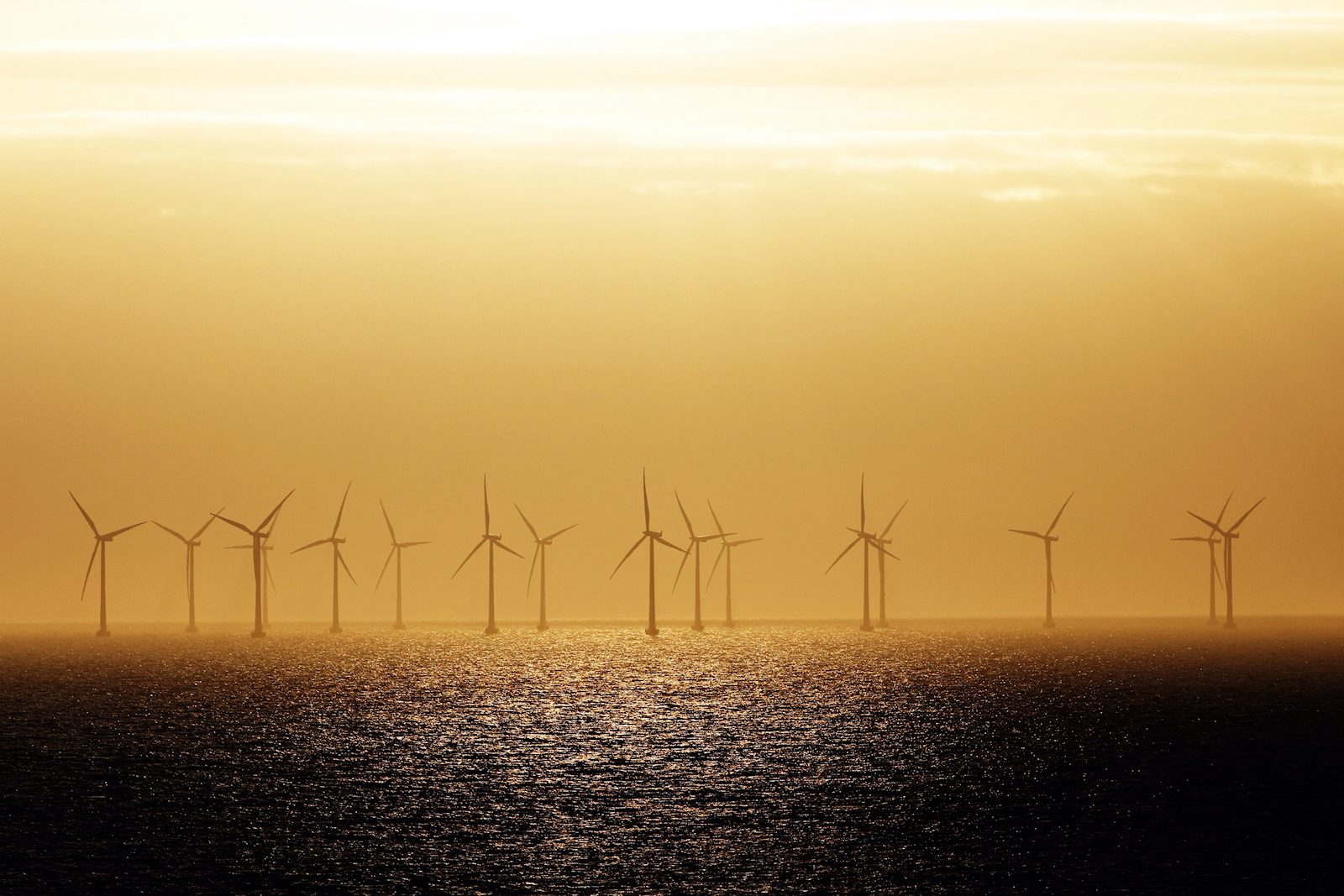 Building outposts far away from the mainland has always been done for projection of power, for military or economical gains, often at the costs of the people or the lands of what started as small settlements. The imperialism of the 19th and 20th century was all about that. Even nowadays, as China is turning atolls in the Asian seas into military strongholds. But in Europe, Denmark is doing something else. The Scandinavian nation will create a new, artificial and strategically located island in the North Sea. Not to agitate, but to benefit its neighbours. With the power of wind.

Life in the Danish coastal village of Thorsminde is slow. There are a few fishing boats in a oversized harbour, kilometres of sandy beaches and a museum that retells the tales of those who got stranded on the coasts of Jylland (Jutland), the Danish mainland.

Only 330 villagers call Thorsminde home, but they are at the forefront of the future. About 80 kilometres (50 mls) west, in the middle of the North Sea, will rise a new island to add to the already impressive list of 406 named islands of the mother nation. Energiøn – clubbed by the Danish parliament in February 2021 – will be the centre of sea-based wind power in what the Danes call Vesterhavet, or their Western Sea. Energy Island will connect hundreds of turbines and sending the collected power back to the mainland, as well as to Norway, Germany, the Netherlands and maybe even Scotland or England. Already at the forefront of wind generated electricity, Denmark is ambitious as it is also considering a second energy island in the Baltic Sea.

“With the energy islands, Denmark will expand its position as a world leader in offshore wind. Previous generations of far-sighted politicians had the courage to invest and think visionarily. At the same time, there has been a close collaboration with Danish companies that have developed into the world’s best in their respective fields. This is how the Danish wind turbine adventure was created. Now we are writing a new exciting capital in that history,” Climate Minister Dan Jørgensen says in a February 2021 statement released by his ministry.

The plan is to build the Energiøen i Nordsøen – as the North Sea Island is officially called in full – in three phases. The first will make it 120,000 square metres big, or the size of about 17 European football fields, and from nearby wind turbines it will provide its own 1 to 3 gigawatt of electricity that equals the consumption of 1 to 3 million family homes for a year. The second phase sees the island increased to 180,000 m2 and the third to a massive 460,000 square metres, or 65 football fields and roughly the size of the world’s smallest nation: Vatican City. By then it will gradually have expended its energy output to 10 GW, or the year consumption of 10 million family homes.

Being already an almost self-sufficient nation when it comes to its electricity needs, Denmark today produces 1.7 gigawatts of wind power – or about 57 percent of its entire output. About 20 percent is not sustainable yet, provided by gas power plants. Even with the climate neutral goals of the near future, it is clear Copenhagen wants to export much of its future production to its neighbouring nations, providing an alternative for Norwegian hydropower, offshore oil and – more importantly – Russian gas that flows through Baltic Sea pipes to Germany as part of the controversial NordStream project.

Despite the huge costs of at least EUR 30 billion – or the equivalent of five bridges across the Big Belt – the Danish social democratic government’s Energiøen i Nordsøen is support by all political parties, including the biggest opposition party: centre-left Venstre that got beaten in last elections.

“I am proud that Denmark has the courage to make major decisions to push for the green transition. The energy islands will be the first of their kind in the world, and therefore it requires new thinking, innovation and brave private investors – it will thus also help to form the basis for new Danish green business adventures. The energy islands will be a major contribution to green transformation in both Denmark and in Europe, and hopefully also be an inspiration for the rest of the world,” member of parliament and former Venstre Minister of Science and Technology Tommy Ahlers is quoted in a publicly released statement.

While many European nations struggle to become climate neutral, the Danish Energy Island in the North Sea might be the key to a sustainable solution. Take some numbers from Belgium for example. To let this entire nation drive electrical cars, there is a need to build either two nuclear power plants or about 660 land-based wind turbines. The plans for Energiøen call for a gradual increase of 200 mills to be put in areas closes by the island in the first phase to 650 sea- and island based turbines in the end. The Danish plans were noticed in Brussels. On 12 February Belgian electricity net operator (TSO) Elia signed an agreement with its Danish counterpart Energinet to see it could easily connect to Energiøen. “Denmark and Belgium could become electricity neighbours,” Energinets’s CEO Thomas Egebo says in a press release.

Building away from the coast when less care has to be given to surrounding villages means the mills can be bigger than normal. The Danish Ministry of Climate, Energy and Utilities talks about propellers sticking out 260 metres (780 feet) above the sea surface. In a March 2019 report one of the world’s leading wind turbine makers, American GE, presented a land-based option of almost 200 metres tall (hub height at 160 meters, rotor diameter 77 meters), but much of Europe is too crowded to build these kinds of land-based options. Moving to sea could be the answer, experts say. Bigger propellers means more power per turbine can be generated.

The power of wind has already put Denmark at the forefront of the future when it comes to Europe’s energy needs. Energiøen i Nordsøen is the Danish approach to consolidate that, without ruining people and occupying lands that already exist. | © 2021 Marcel Burger, nordicreporter.com