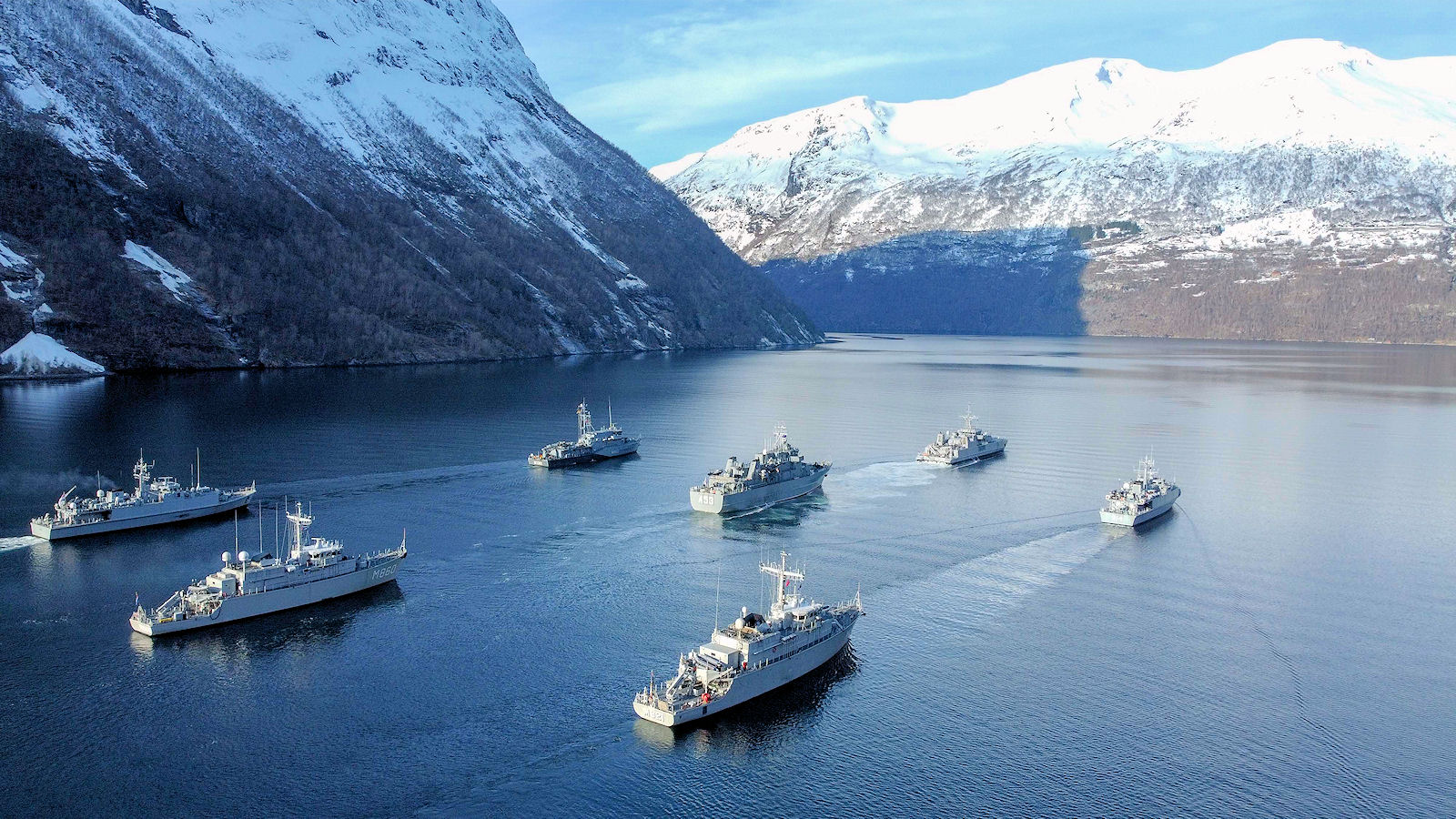 The Royal Norwegian Navy will have to sail more often, to increase its deterrence role against Russia. This is part of the new government plans to give the armed forces of NATOs northeastern flank EUR 362 million extra this year. But unions and key experts are warning that even if there will be enough money to float the combat vessels offshore, there is a lack of personnel to sail.

Featured photo: NATO’s Mine Countermeasures Group 1 near Geiranger,
a few days before Cold Response 2022 kicked off (Photo by Forsvaret)

Complains about the lack of navy crews is not new to the Norwegian armed forces, or many other NATO countries for that matter. Most ideal is to have at least two or three full crews per ship to operate the vessels in shifts. At least, that was the aim for many navies during the Cold War. But nowadays, after the wave of economizing started in the 1990s, there is not even enough personnel for one rotation.

“We simply don’t have enough people to sail all our ships at sea,” instructor and researcher Ståle Ulriksen of Norway’s Sea Combat School (Sjøkrigsskolen) says to the nation’s national broadcaster NRK.

Military capabilities in the far north

The government in Oslo wants beefing up the military capabilities of Norway in general, and in the far north of the country in particular as the Troms og Finnmark region bordering to Russia and is in front-row towards Russia’s Northern Fleet main bases in and around Murmansk.

“We will sail more with the navy’s vessels, we will strengthen our surveillance capabilities in the north, while we will also strengthen the police’s ability to detect and counter intelligence threats,” Norway’s prime minster Jonas Gahr Støre said last Friday in an extraordinary meeting on the new military investments, which are an immediate response to Russia’s massive and brutal further invasion of Ukraine.

Right now some of Norway’s spearhead forces are already engaged in military combat, in the war games called Cold Response 2022 with 30,000 soldiers from 25 NATO countries, plus Sweden and Finland. While most of the participants are land forces (14,000 troops), 8,000 sailors and 50 vessels are involved, plus an equal number of airmen and 220 aircraft.

Norway on its own

Cold Response is a returning exercise and stress tests NATO’s winter fighting capabilities in the harsh geographical landscapes of Northern Norway. Once the exercise is over, Norway will be mostly on its own. At sea that means combat power comes mainly from 4 frigates which each needing a crew of 132; a 5th frigate is planned to replace the KNM Helge Ingstad which sank after a collision with a merchant vessel in a fjord in 2018 – bringing to light design issues for the survivability of the Spanish made frigates.

According to military experts a trained strength of about 2,300 sailors (2 crew rotations) would be needed to meet basic readiness levels for the Norwegian navy. Right now there is reportedly even less capacity to man all ships at the same time even once. | © 2022 Marcel Burger, nordicreporter.com

Wary of Russia, Sweden
sends troops to its most
strategic island.