On the streets in Poland: “This is war” 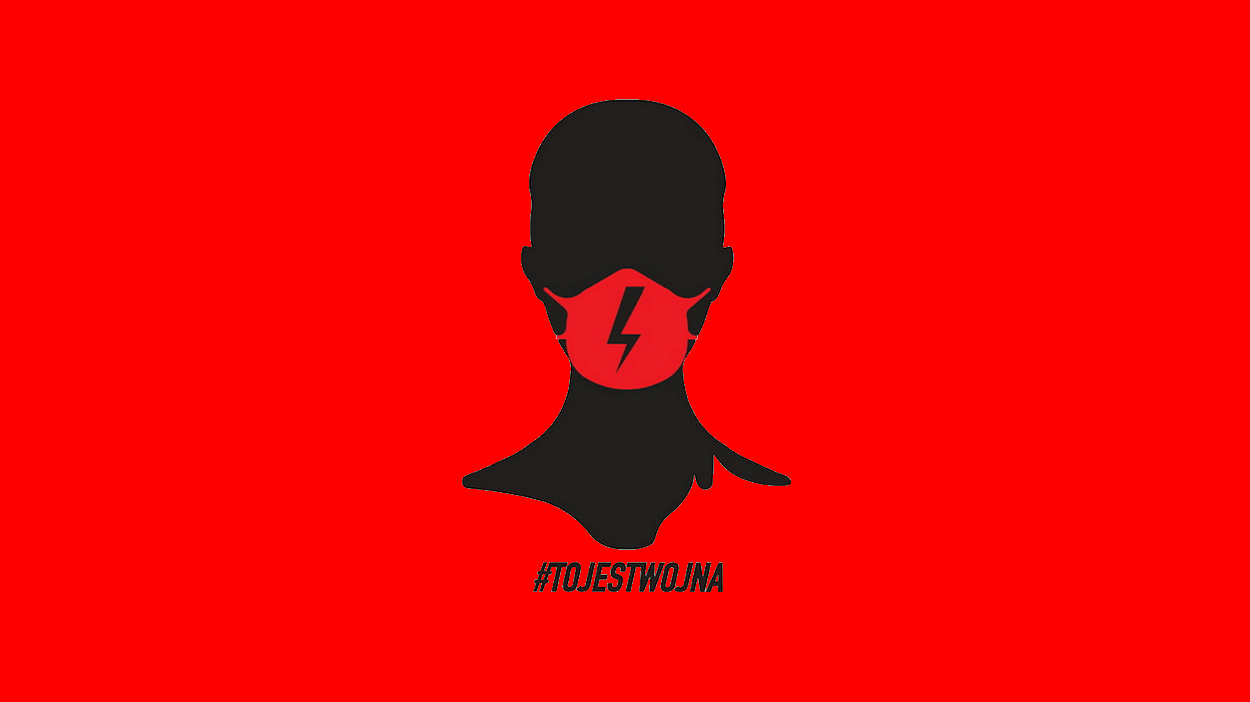 A general strike of all women and those who are supporting women’s rights is announced for entire Poland for Wednesday 28 October. It is set to be the highlight so far of almost a week of protests on the streets and unprecedentedly even in churches against the Polish conservative government PiS party, its leader and vice prime minster Jarosław Kaczyński and the Polish Catholic Church.

The recent protests are the direct result of the Constitutional Court ruling on Thursday 22 October that banning abortion is totally legitimate. As the entire justice system in Poland, the Constitutional Court has become a political puppet of the PiS party leading to a lot of protest from European countries including – e.g. the Netherlands – refusing to extradite suspects of crimes to Poland as judges are seen as political marionettes.

Unlike protests in 2016 and later years, this time not only women but also many men hit the streets in all major cities and small towns of Poland every evening, with 10,000 and 20,000 people marching and coming together in each Warsaw and Kraków, but also serious number of people marking that it is enough with the conservative men domination and the PiS party in smaller cities such as Katowice, Poznan and Wrocław. But even in towns such as Opole, Koszalin, Lublin, Białystok, Szczecin and Kielce hundreds to a small thousand of protesters gathered, while many marked their anger at social media with hashtags such as #piekłokobiet (Hell of Women).

Meanwhile the Polish conservative government seems to be slowly losing its contact with its own people, as even farmers and coal mine workers – traditional voters for PiS, joined in the protests in some regions, forming a for Polish standards weird alliance with those fighting for women’s rights including the right to decide about abortion.

While on the initial nights the police was seen using excessive force such as elbowing and pepper/tear gas spraying protesters without any provocation from their side, those reports have not taken a prominent place in the protests of the later days. On Monday more than a hundred protests events were held in Poland, including the blocking of roads in the big cities. Ever since Thursday one of the main slogans carried on banners and protest signs is To jest wojna, This is war (#tojestwojna).

The conservative PiS party has chosen to go head-to-head with the protests. On Monday its Justice Minister stated he will seek prosecution of the protests, calling it “criminal behaviour against believers (…) and desecration of places of religious worship”. As in the past years PiS has chosen not to reunite but to divide the country even further, with – on Tuesday 27 October – one of its delegates in parliament (Sejm) comparing the movement for women’s rights – led by the organisation Strajk Kobiet – with the Nazi-German SS and subsequently strongman Kaczyński looked very small when he quickly was surrounded by the security personal and other party members in the Sejm, as members of other parties protested loudly against the Nazi comparison.

Liberal Polish people at home and abroad are wondering what the result will be. PiS is unlikely to back down. The anti-government movement – as big as it may seem – is still nothing compared to Solidarność (Solidarity) that in 1980s caused the fall of the communist rule and Soviet occupation of Poland. As a few Polish contacts said to the Nordic Reporter, “Poland – for now – is back in the Middle Ages. We are so pissed off.” | © 2020 Marcel Burger, nordicreporter.com