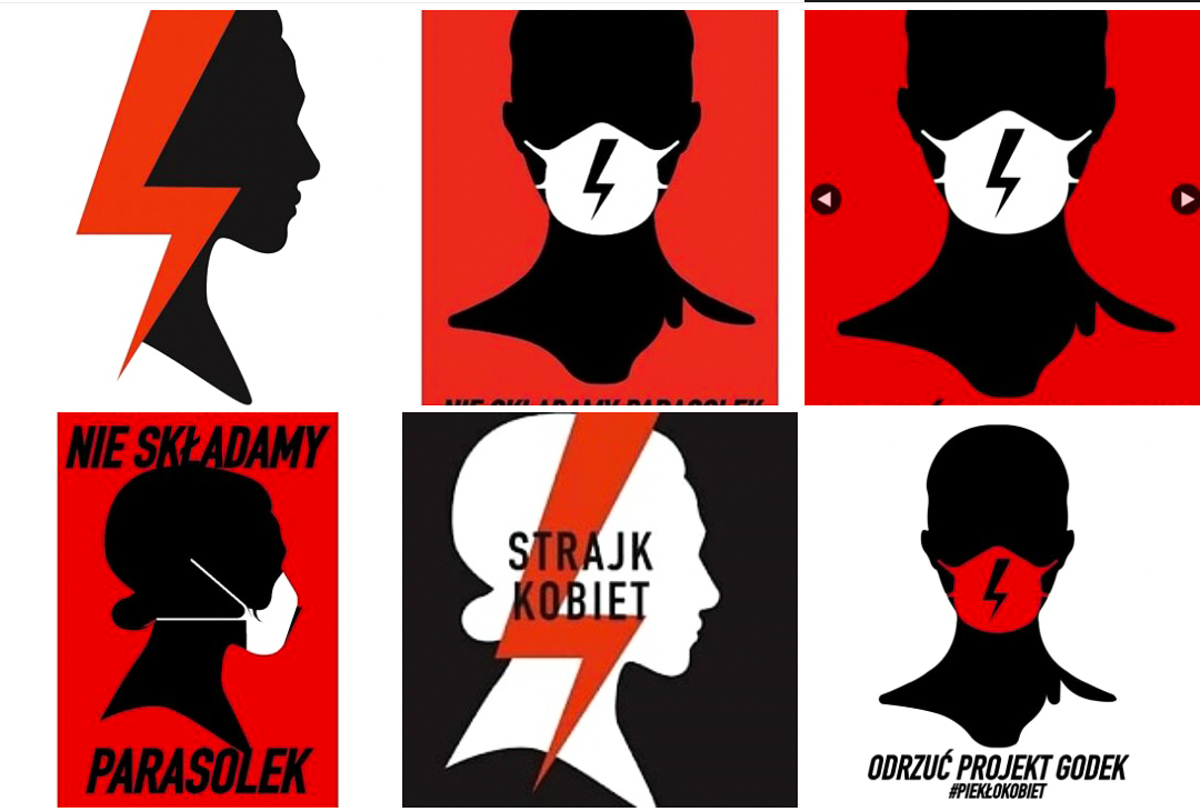 (UPDATED 17 April 2020, 09:20 Warsaw Time) Fight the virus, not the women. With this slogan at least hundreds of Polish were protesting on Tuesday 14 April against their conservative PiS government party putting a total ban on abortion on the agenda again, in the height of the Corona virus pandemic battle. The ban is PiS’s flagship way of distracting the public from when the party does something dodgy. All to secure strengthening its position of power, critics say.

Click to listen to my radio talk (in Dutch)
Scroll to 00:22:03 into the broadcast
VRT Radio 1, Nieuwe Feiten, 14 April 2020,
with program host Lieve Vandenhaute

(UPDATED) Although officially a “civic movement” called Stop Abortion has been advocating for it with petitions, the true force behind bringing the ban back on the political agenda is the real “strongman” of Poland: Jarosław Kaczyński. He is neither the prime minister, nor the president, but the leader of conservative PiS and according to many the one who pulls the strings. In the weeks running up to Easter the government has been imposing relatively strict restrictions of people’s movement to combat the Corona virus outbreak in Poland, but at the same time limiting people’s rights and offending people’s privacy by unconstitutional changes in how the 10 May Presidential Elections are being done. With a majority in parliament and the judiciary system no longer independent after several PiS led actions against the judges, the PiS party has more or less a free game in Polish politics.

Out of the closet

However, with criticism to its election plans mounting – according to polls more than two-thirds of the Polish population wants the elections postponed – discussing another hot issue in the strongly Catholic country is just the standard operating procedure for the PiS. A proposed full ban on abortion is – for at least the third time in the past couple of years – taken out of the closet again. It’s a handy decoy for talks about the elections, the Corona restrictions or the suffering of the healthcare system because of lack of funding by the government that did put more money in e.g. its state propaganda TV and buying new limousines.

At least, that is what critics say. Many dozens of them went to the streets on Tuesday 14 April carrying banners and posters against the infringement of women’s rights under hashtags like #PiekłoKobiet . To obey the COVID19 rule of no more than two on the streets, a few dozen Warsovians jumped into their cars and partly blocked the main junction of the city, close to the iconic Palace of Culture and Sciences. Scrambled police tried to fine those who were breaking traffic rules, as they legally had not much else to go on. Several hundreds of Polish tagged their head of state on Instagram, causing a flow of posts for everyone to see through Polish president Andrzej Duda’s (PiS) official Instagram account.

(UPDATED) Under current rules it is already really difficult for women to execute their right of abortion. Already those who are in need or choose an abortion often flee to neighbouring Slovakia or Germany, to break off the pregnancy in secret. Under current and future Polish law doctors that declare it is “against their conscience” to allow an abortion, they can do so, practically taking away any means of abortion especially in many rural areas of Poland. If the new ban comes into place also pregnancies of seriously disabled are no longer allowed to be aborted. Althought the current law amendment leaves space for abortion in case of rape or incest, already several PiS leaders have been advocating that event those last two cases should be taken away. One PiS politician even said publically that if his daughter would have been raped he would like her to have the child.

(UPDATED) The protests by many on 14 April are not about abortion alone, they mark an underlying dissatisfaction with the current course of Polish politics and the increasing suppression of women in the Polish society. During recent years the PiS-led government has withdrawn its money from NGOs supporting women and from women helplines, it has tried to broaden the laws on domestic violence (something more often done by men) as to make it less punishable, and it is openly working on getting women to stay at home with the kids, instead of at work. The Polish government is even working for a ban on sexual education, at schools and beyond. Critics fear it will criminalize and target NGOs and individuals who are working for better understanding, for equal rights, against teenage pregnancy and such.

(UPDATED) If the conservative PiS party will bring the total abortion ban up for voting, on 16 April they parked it on the table of the parliamentary commission for health issues for the time being, they will likely win as they can count on a majority in parliament. But many political watchers believe that the party of strongman Kaczyński will just bring it into discussion and save this trump card from voting for a next time, when a decoy is needed to distract the general public from something PiS is doing or is about to do. | © 2020 Marcel Burger / nordicreporter.com

Featured image: Some of the posters of the 14 April 2020 protest organized by Strajk Kobiet (Women’s Strike) against the restrictive abortion law in Poland