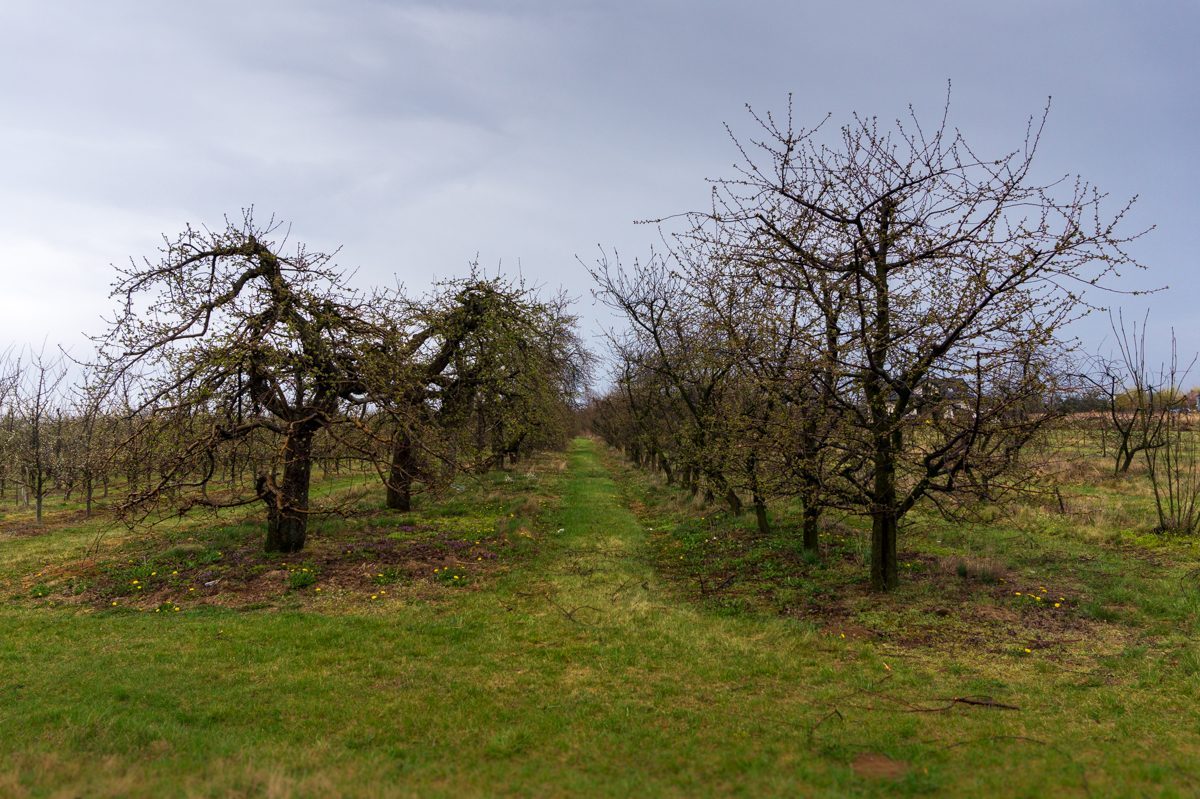 Rows and rows of fruit trees dot the otherwise flat landscape just south of Warsaw. Once frequently travelled by Communist government workers to their state holiday resorts, road 801 on the eastern bank of the meandering Vistula river is much more quiet these days. Poland is in semi-lockdown, and this area is in trouble.

Who will pick the apples before they fall from the trees once they are ripe to harvest? It’s a question that has raised alarm in this rural, conservative area just south of the Polish capital. Here they are awaiting the mainly Ukrainian seasonal workers, but if the COVID19 times will keep restrictions in place – at it seems that they will – the core of the workforce will be stuck on the Ukrainian side of the border. Poland is blocking access to the country to all aliens that have no clear business or a house in the country. Many of the fruit farmers need cheap labour from the eastern neighbour to financially survive.

“In connection with the decision (…) to close the borders for foreigners, please intervene as soon as possible in order to allow the (longer) stay of workers from Ukraine (…),” the leaders of the National Alliance of Farmers’ Unions and Agricultural Organizations (OPZZRiOR) wrote to Polish prime minister and the leadership of his conservative party that rules the political landscape.

Back in Sweden I buy a bag of tasty Polish apples every now and then from my local supermarket. But while I can chose for Dutch, Belgian, Italian or even Swedish ones to vary, for many Ukrainians variation does not exist. They will work their buts off in orchard after orchard that passes my car windows on this rainy day. Driving down from Warsaw to Wilga the seriousness of the situation dawns on me.

While low-tech businesses in many other European countries rely on relative cheap and hard working Polish to do the job – I often hear Polish on the streets of Stockholm – in Poland it are often Ukrainians that make things happen. A whopping 1.2 to 2 million of them, according to recent estimates. The Ukrainians are welcome to stay for 90 days without a visa or 6 to 12 months with a working visa, after which many companies just replace the leaving workers by new arriving ones.

Thinking about the last bag of Polish apples I bought, I must say I didn’t realize the vastness of the fruit production in Poland. According to the Financial Times Polish orchards are good for a third of the fruit produce in the European Union. Much goes to export, especially Russia. Although the COVID19 restrictions haven’t shut countries for goods traffic, the logistics challenges like longer queueing at the border crossings quite likely will not make businesses more profitable. The Polish farmers already have a tough couple of years behind them, e.g. when EU sanctions against Russia for Moscow’s annexation of the Crimean peninsula in 2014 cut the Polish agriculture off from its main sales market.

As I can clearly see cruising through the Warsaw outback on this rainy Spring day is that there is still time to fix things. The harvest of a projected 3.9 million tons (Poland’s Statistics Office) is not due yet. My home country of Sweden is actually welcoming seasonal workers, but than again: Stockholm has been much more liberal in its limited restrictions to fight COVID19 than the Polish conservative rulers.

Unlike the high-tech companies that are able to quickly change from – let’s say – making cars and vodka to respirators and disinfection gel – the farmers and their workers have no economical choice here. In Communist times, government controlled tourism was a big thing here, but even when travel restrictions will be lifted this agricultural area simply misses the sex appeal of the mountains of Southern Poland, the lakes and rough forests of Eastern Poland, the sandy beaches of Northern Poland or simply the cosmopolitanism of the capital of Warsaw to attract post-communist visitors in big numbers.

And it shows quickly when I leave the main road and step out of the car onto a dirt road surrounded by pine trees. Soon after I start walking I see loads of abandoned concrete recreational houses of Communist times, all in various stages of decay. In the middle of the forest the compound of the Chamma Ling Tibetan Buddhism centre.

I think again about the farmers and their orchards. If they will be out of workers this harvest season, meditation or prayer is probably all that is left for them to pick the apples in enough quantities from the trees to make a living. When I drive back to Warsaw I ponder about that the Corona virus restrictions might stay for another year or two. I take another good look at the monotone landscape which doesn’t have much else than apple trees. Even with cheap labour, this area is in trouble. | © 2020 Marcel Burger / nordicreporter.com