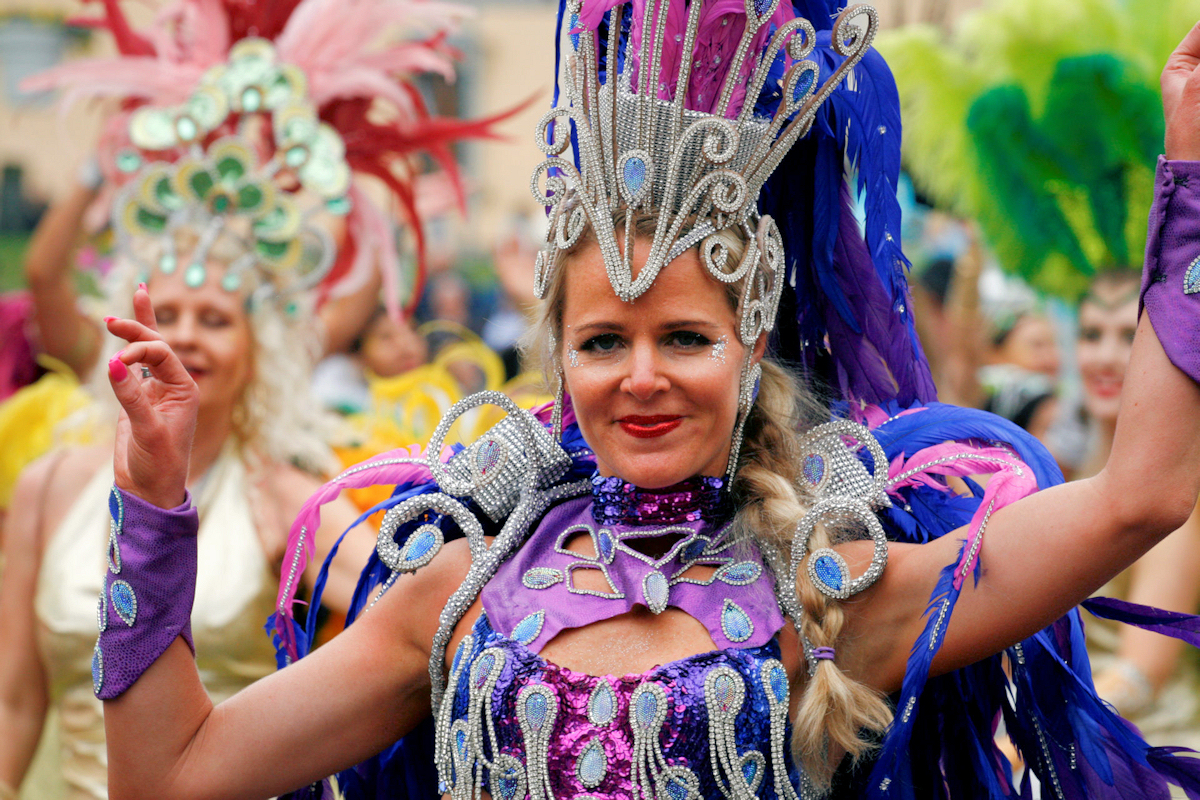 One time a year before the real Summer starts the Swedish city of Uppsala warms up by Latin music and dance. The Carnival of Cultures in May puts some light in the hearts of the people. The event takes two days and is currently in its eight year. Kulturernas Karneval is filled with concerts, workshops, a market and dance performances. Plus it has a lot of activities for children like a circus, a theatre and games.

It all starts with a parade through the town that brings Summer to Sweden. Even when the weather is not great, like this year, with only 18 degrees and a gray sky. But the “train” of musicians and dancers puts a smile on people’s faces. Many different cultures join the party, but the carnival parade is most of all a Latin American adventure. Brazilian samba rules, but there are also rhythms from Bolivia, Colombia, Egypt, Indonesia and Kurdistan.

The tropical feeling of the music, the colourful outfits, you can dream away. Even if it is only for a moment. Hips start moving, feet tapping. Some people in the public join the dance, every one in his or her own way.

Probably the best thing the carnival parade brings to Uppsala is meeting non-Swedish cultures. Food and hand-made jewelry from all over the world is “served” at the finish line of the parade. There, in the English Park, the festival continues way after the sun goes down. |

This was the first story of the the Made by Magmar project, a cooperation of journalist/photographer Marcel Burger and engineer/editor/photographer Magdalena Pezdek. It was originally published on 21 May 2017.