Sweden: How to Survive During A War – Cold War Strategy is Back 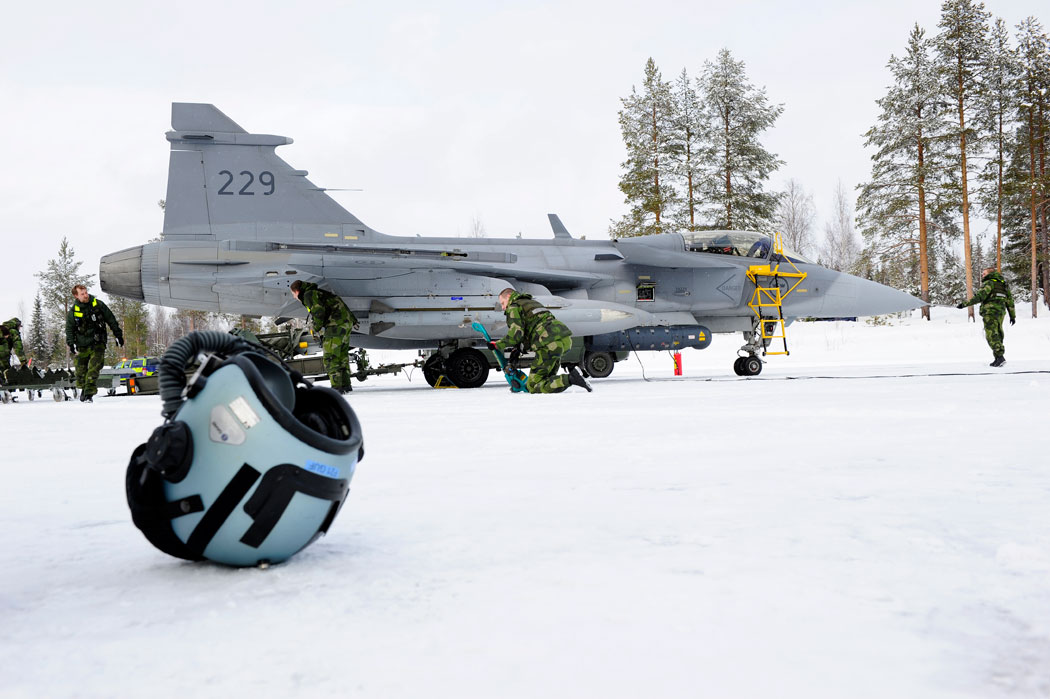 How to survive during a war? For the armed forces of both Finland and Sweden the strategy includes fighter jet operations from regular roads. Facing less personnel and less money Sweden just tested a new take on its Cold War strategy – and it seemed to work out well.

Welcome to Vidsel Airbase, just south of the Polar Circle. This is the place for testing air weapons and the heart of many military exercises, both of the Swedish Air Force (Flygvapnet) alone as well as of its partner nations, including many NATO countries.

Vidsel is ideal for testing road landing and take-off operations, without the need of having to close down a real road. Apart its main runway the base has three additional short and narrow runways.

And one of those has been the scene recently of what the Swedish Air Force F21 Wing at Luleå-Kallax Airbase calls “a new concept”. The unit, flying the indigenous SAAB JAS 39 Gripen, has actually adapted an old strategy to the current state of the armed forces. With no conscripts since July 2010 and waves of cut-backs, the military of the largest Scandinavian country has got to do the same job with less people and less money.

Operate on their own

At Vidsel the redefined concept saw the Gripen serviced, (re)armed and (re)fueled by six personnel, using just two modified vans with equipment per jet. A fuel truck is the only “variable” in this set-up, bringing kerosene to several aircraft. The Gripen’s pilot and the six aircraft technicians could operate entirely on their own.Having aircraft dispersed over a larger area increases the survivability of the armed forces in times of war, making it harder for the enemy to hit.

The coming months more tests will be done at Vidsel, as well as at Luleå-Kallax and at Jokkmokk – before the concept will likely be copied by the other two Gripen wings: at Ronneby in the southeast and at Såtenäs in the Swedish great lakes area.

The Swedish Air Force currently operates 76 Gripen C/D multi-role fighters. SAAB rolls out the new E version on 18 May this year, at the plant in Linköping. Stockholm has ordered 60 of those new jets, and will be building at least another 36 together with Embraer for the Brazilian Air Force.

This story has been written by Sweden-based journalist Marcel Burger, who as a correspondent reports on the entire Scandinavia for high-profile Dutch and Belgian media. This article was published earlier at Upnorth.eu.